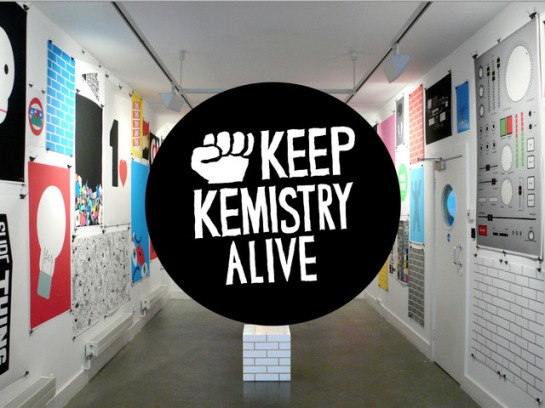 After 10 years of exhibitions, London’s Kemistry Gallery is being forced from its Shoreditch premises because of redevelopment and rising rents. However, Kemistry Gallery is far from dead and buried as the team behind it launch a Kickstarter campaign to realise a ’10 years of Kemistry’ exhibition in 2015. This exhibition will be the start of the search for a new gallery space in London.

Why is Kemistry important? Well, it is the only exhibition space in London that is dedicated to Graphic Design, and in its 10 year existence has become the leading graphics gallery in the UK. In its history some of the biggest names in Graphic Design such as Saul Bass, Milton Glaser and Alan Fletcher have graced its walls. Alongside this, there have been exhibitions showcasing over-looked and emerging talent alike.

The Kickstarter campaign hopes to raise £15000 to match the same amount awarded by the Arts Council. This pot will then be used to put on a major exhibition featuring the work of everyone who has shown in the gallery in the past decade, and act as a pilot for the next stage of Kemistry. As stated on the Kemistry Kickstarter webpage: “‘Kemistry Gallery: 10 Years 60 Works’ promises to be a truly unique event, not just a taste of things to come with the new permanent Kemistry Gallery, but in itself one of the most ambitious and exciting explorations the past, present and future of graphic design to take place in London for many years”.

You can donate as little as £1, with rewards starting from a small £5 donation. More details here.

For current, future and past exhibitions at Kemistry, visit their website here. 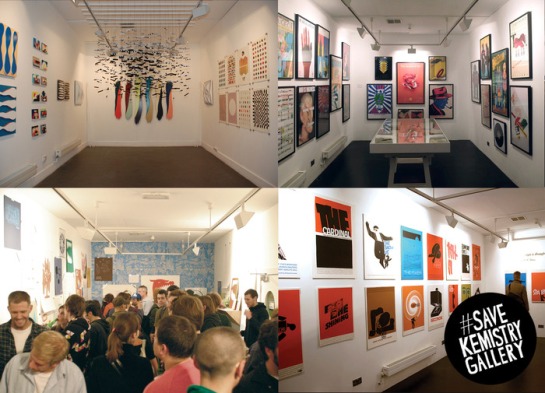