Claire and I visited Manchester for the first time at the end of April. Of the many things we saw and did, a highlight for us both was a visit to the People’s History Museum. Housed in a specially converted pump-house, the museum hosts an amazing visual display of artefacts relating to political history of ordinary people in this country, with an obvious bent towards Manchester related events and organisations, from the Peterloo Massacre to celebrating 150 years of the Co-op. 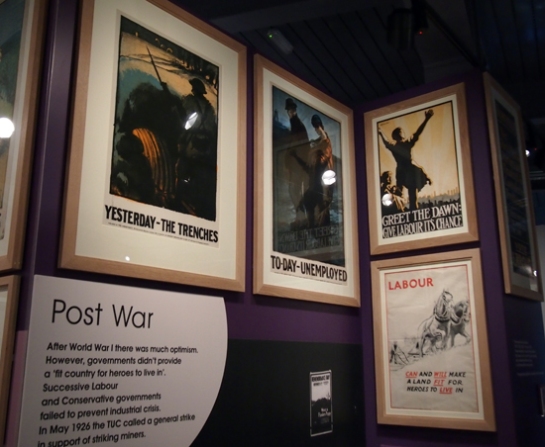 The museum could equally be called the Graphic People’s History Museum, as walking around it becomes obvious just how important graphic design has been to organised labour and grass-roots movements in this county. From broadsheets to posters, from trade union banners to badges and T-shirts—this must be a go-to museum for anyone interested in political graphic design. Importantly, they also have a dedicated conservation room, with conservers fighting the effects of time on historically important trade union banners. (You even get to see them at work through a large plate glass window into what looks like a humidity controlled room with banners laid out on vast tables; unfortunately this is the only area you are not permitted to take photographs). 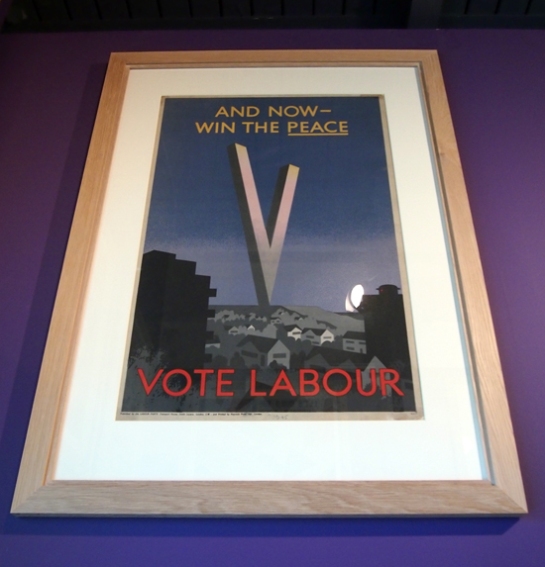 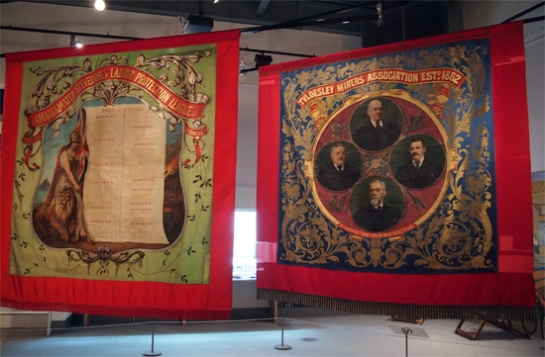 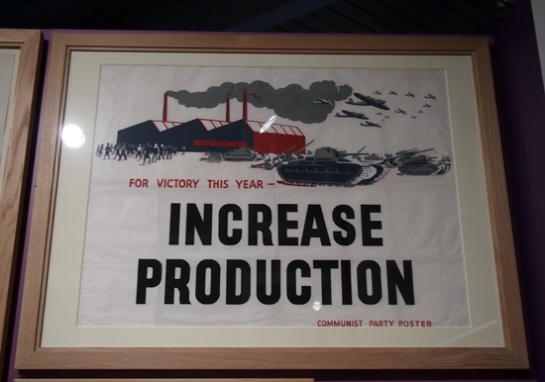 As the museum covers a vast time period, it is not surprising that the visuals employed to ‘agitate, educate and organise’ change throughout the three floors. From original iconic pre-World War 1 posters that you’ll readily see in graphic design history books, to some truly excruciating 1980s anti-racist GLC posters: 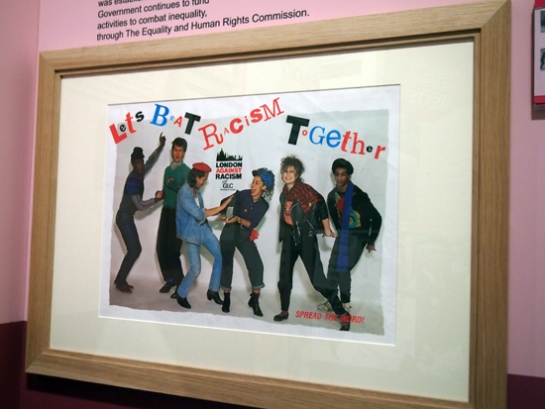 If there are any criticisms I can make of the collection it is that the narrative presented has a left-wing bias that gives the sense that this is the ‘official’ story. While it is understandable that the Labour Party and key trade unions are focussed on in large measure, being highly important and having the biggest historical impact on this country, some factional left parties and organisations are given exposure over others. For example, a sympathetic nod is given to the Anti-Nazi League and the SWP and Militant Tendency, while there is a complete lack of anything relating to anarchist history; there is no Class War or anarcho-punk mentioned anywhere, both of which were very visual in their output and both politically and culturally important throughout the 1980s and into the 1990s in the north of England. Despite this minor gripe, there is a good spread of other worthy causes such as gay & lesbian rights and the Anti-Apartheid Movement, although these were quite fleeting considering the impact they had on changing societal attitudes. 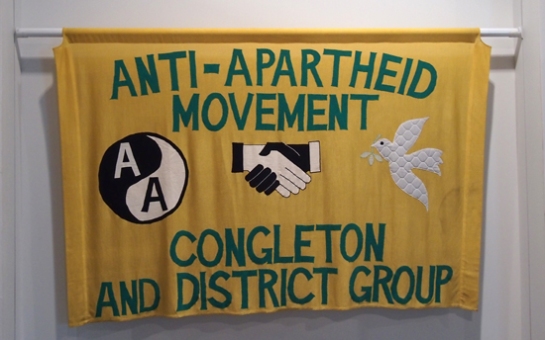 One of the most touching displays for me was a celebration of those that volunteered from the UK to fight fascists in Spain during the Spanish Civil War in 1936, including a typed and signed letter from George Orwell. There is something about this story that I always find moving. Having read and seen much about how ordinary people gave up their time, (and many their lives), to help fight the advance of fascism in Spain, so that the Spanish themselves could concentrate on fighting their own revolution, being confronted by collections of belongings from those on the front lines was over-powering.

A POUM wallet is displayed with volunteers’ belongings from the Spanish Civil War. POUM—a Spanish communist/Marxist party with anarchist sympathies who organised battalions of foreign volunteers to help fight fascists, (and for whom George Orwell fought alongside).

It seems both fitting and sad to write this post today when many right-wing, (and some openly racist), parties have had electoral success in European elections this last week. It was hard not to let his thought linger today as I edited these images to post here. But when we were walking around the museum it was equally depressing that there was not only a corner of the permanent collection devoted to the Manchester born Co-operative Society, but also on the ground floor the Museum was hosting a special exhibition celebrating 150 years of the Co-op. While this in and of itself was a great exhibition, with the Co-op in so much financial and organisational trouble at the moment, it felt like a very deflating experience looking through the Co-operative’s rightfully proud history with knowledge of how recent greed and mismanagement has bought such an important British institution to its knees.

Employees’ magazine for the pre-Co-op CWS

So it is with a bitter-sweet taste in my mouth that I post these pictures here. But regardless, if you are in Manchester at any time then I can not recommend a visit to the People’s History Museum enough.