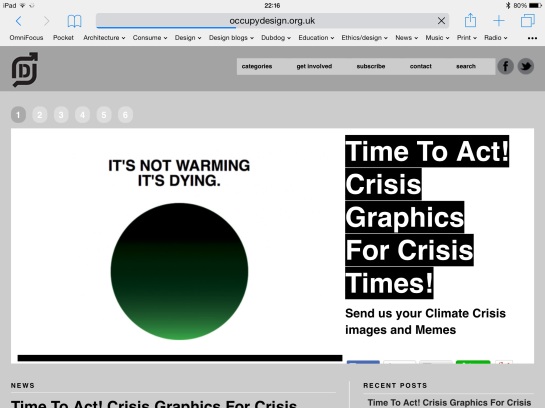 Occupy Design UK is calling for posters and memes to support a day of action on climate change on 7 March.

They say on their website: “The demonstration on March 7th aims to put pressure on political parties before the general election, and raise the profile of climate change. It is also intended to energise and strengthen the climate movement – not an end-point but a stepping stone, it will be followed by local action immediately before the general election, the Climate Coalition lobby of Parliament in June and planning throughout 2015 towards the crucial Paris.”

On the call for images, they say: “We want your Posters and Memes for the Movement to use as an Agit-Prop Army of images to bolster the campaign on the streets and on the Net throughout the year.”